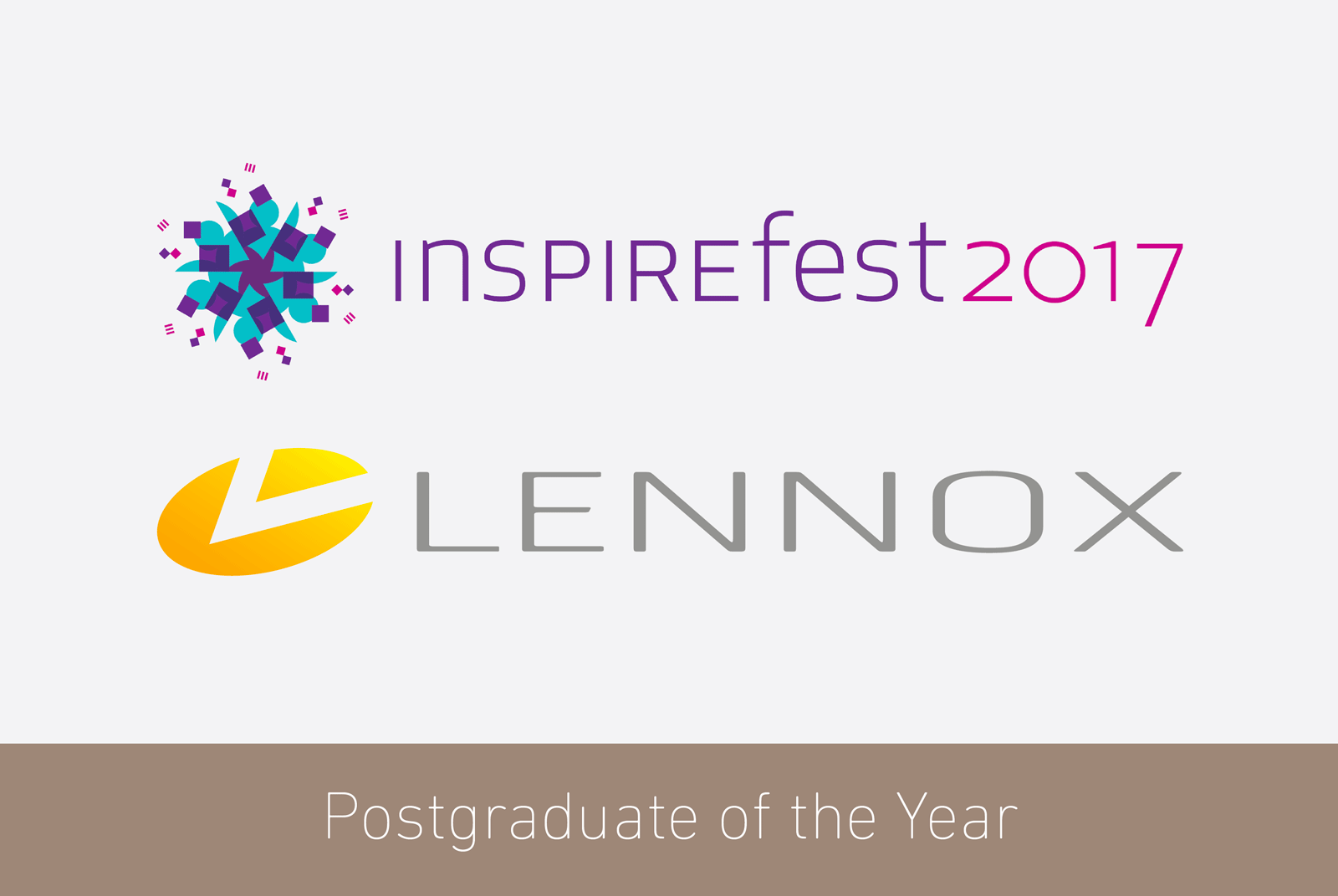 Inspirefest and Lennox Postgraduate of the Year

The BRS are pleased to launch the 2016/17 Inspirefest and Lennox Postgraduate of the Year 2016/17. This award will go to the BRS Postgraduate member who has excelled in their research and contributions to the School of Biotechnology and beyond over the past year.

You can download the application form here which must be submitted along with a letter of support from the postgraduate’s supervision to brs@dcu.ie no later than 5pm on the 3rd March 2017.

The applications will be judged by members of the academic staff in the School of Biotechnology and the winner will be announced at Dr Siobhán Jordan’s Talk in X101 at 2pm on 24th March.

Good luck to all entrants.